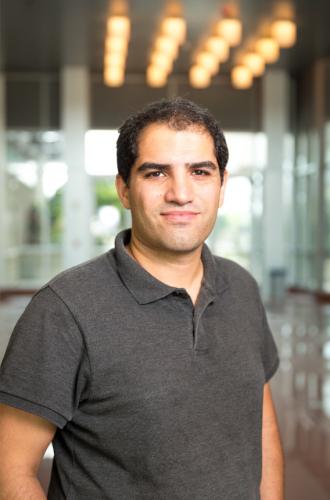 Bio: Behrouz Touri is an Associate Professor of the Electrical and Computer Engineering at the University of California San Diego. He received his B.Sc. degree in Electrical Engineering from the Isfahan University of Technology, Isfahan, Iran in 2006, his M.Sc. degree in Communications, Systems, Electronics from Jacobs University, Bremen, Germany in 2008, and his Ph.D. degree in Industrial Engineering from the University of Illinois at Urbana-Champaign in 2011. Between 2011 and 2014, he was a postdoctoral researcher with the ECE departments of the University of Illinois and Georgia Institute of Technology, respectively. From 2014 to 2017, and 2017 to 2021, he was an Assistant Professor of Electrical Engineering at the University of Colorado Boulder and UCSD, respectively. His research interests include applied probability theory, distributed optimization, control and estimation, population dynamics, and evolutionary game theory. He was the recipient of the American Control Council’s Donald P. Eckman Award in 2018.