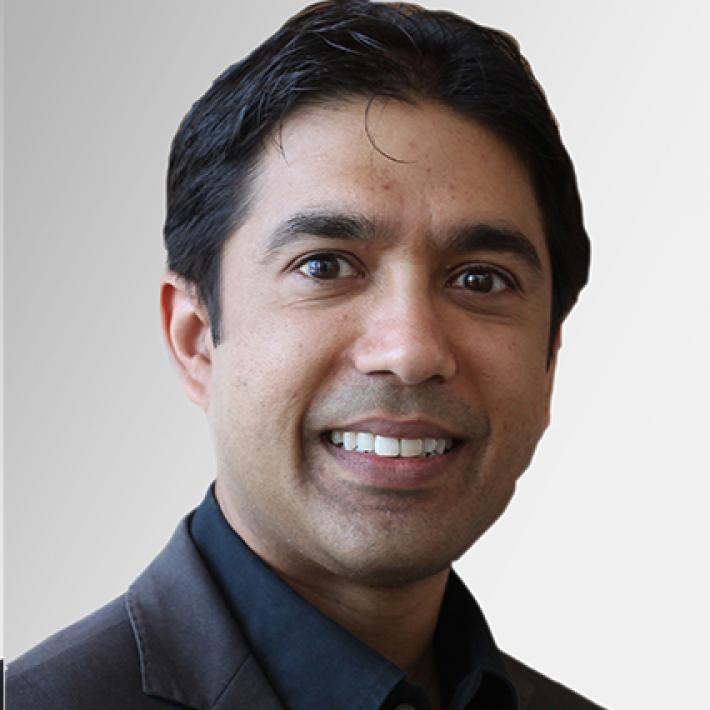 Join The Ohio State University Department of Electrical and Computer Engineering (ECE) for a special seminar by Vivek Goyal of Boston University.

Lidar systems use single-photon detectors to enable long-range reflectivity and depth imaging. By exploiting an inhomogeneous Poisson process observation model and the typical structure of natural scenes, first-photon imaging demonstrates the possibility of accurate lidar with only 1 detected photon per pixel, where half of the detections are due to (uninformative) ambient light. I will explain the simple ideas behind first-photon imaging and lightly touch upon related subsequent works that mitigate the limitations of detector arrays, withstand 25-times more ambient light, allow for unknown ambient light levels, and capture multiple depths per pixel. The philosophy of modeling at the level of individual particles is also at the root of ongoing work in scanned ion beam microscopy.

Vivek Goyal received the M.S. and Ph.D. degrees in electrical engineering from the University of California, Berkeley, where he received the Eliahu Jury Award for outstanding achievement in systems, communications, control, or signal processing. He was a Member of Technical Staff at Bell Laboratories, a Senior Research Engineer for Digital Fountain, and the Esther and Harold E. Edgerton Associate Professor of Electrical Engineering at MIT. He was an adviser to 3dim Tech, winner of the 2013 MIT $100K Entrepreneurship Competition Launch Contest Grand Prize, and consequently with Nest Labs 2014-2016. He is now an Associate Professor of Electrical and Computer Engineering at Boston University. Dr. Goyal is a Fellow of the IEEE. He was awarded the 2002 IEEE Signal Processing Society (SPS) Magazine Award, the 2017 IEEE SPS Best Paper Award, an NSF CAREER Award, and the Best Paper Award at the 2014 IEEE Int. Conf. on Image Processing. Work he supervised won awards at the IEEE Data Compression Conf. in 2006 and 2011, the IEEE Sensor Array and Multichannel Signal Processing Workshop in 2012, the IEEE Int. Conf. on Imaging Processing in 2018, and the IEEE Int. Conf. Computational Photography in 2018, as well as five MIT thesis awards. He currently serves on the Editorial Board of Foundations and Trends and Signal Processing, the IEEE SPS Computational Imaging TC, and the IEEE SPS Industry DSP TC. He previously served on the Scientific Advisory Board of the Banff International Research Station for Mathematical Innovation and Discovery, as Technical Program Committee Co-chair of Sampling Theory and Applications 2015, and as Conference Co-chair of the SPIE Wavelets and Sparsity conference series 2006-2016. He is a co-author of Foundations of Signal Processing (Cambridge University Press, 2014).