White graduated from Ohio State University in 1969 with a PhD in electrical engineering. His areas of research include micro and nanoelectronics and the characterization of advanced solid-state devices. He authored or co-authored nearly 300 technical papers, contributed chapters to four books and has 27 U.S. patents. White spent many years teaching at Lehigh University, most recently as a Sherman Fairchild Professor of Electrical Engineering Emeritus and director of the Sherman-Fairchild Center for Solid State Studies. He was an advisory engineer with Westinghouse Electric Company from 1961 to 1981. During sabbaticals, White served as a research scientist at the Naval Research Laboratory and program director in solid state/microstructures at the National Science Foundation. During his time at Lehigh, White graduated 34 Ph.D. and 62 MS students. He graduated his first Ph.D. at Ohio State student in 2013. White is a member of the U.S. National Academy of Engineering, an IEEE Life Fellow and a distinguished national lecturer of the IEEE Electron Devices Society. He received several awards for his contributions to the development of high-sensitivity, solid-state cameras and imagers widely used in consumer and technical applications and for major contributions to progress in semiconductor devices, receiving the IEEE Electron Devices Society’s 1997 J. J. Ebers Award and the IEEE 2000 Masaru Ibuka Consumer Electronics Award. White obtained a bachelor’s degree in engineering physics and mathematics, and an MS in physics from the University of Michigan. Our distinguished alumnus now resides in Powell, OH with his wife, Sophia. They have one son, David.

Our distinguished alumnus, Rodolfo Bellesi, earned his BS degree in electrical engineering in 1997 at the Universidade Tecnologica Federal do Para and went on to earn his MS degree in electrical engineering from Ohio State in 2000. He began his career as a graduate teaching assistant with Ohio State and went on to become an applications engineer with Teradyne. Moving into the business world, Bellesi became founder and owner of BR Trading Ltda in 2004. He started as Grupo MB Capital Senior Vice President in 2010, a position he retains today. Bellesi is also founder and president of Sustainable Engineering Ltda, as well as founder and managing partner in the Dublin, Ohio-based IKOVE Capital Partners, LLC, a venture capital firm focused on investing in and providing strategic support to early-stage and concept technologies. Still keeping close ties with Ohio State, Bellesi offers support to Ohio State students, faculty and technology startups via IKOVE's relationship through the Fisher College of Business.

Our distinguished alumnus holds a BS in electrical engineering (1981) from The Ohio State University and is currently Vice President of Worldwide Sales and Business Development at ClariPhy Communications. Clariphy is a developer of mixed-signal (MXSP) CMOS ICs, helping network equipment makers and carriers develop the new high-speed optical networks needed to satisfy growing demand for leading-edge IP services like video conferences, voice-over-IP, IP television and interactive media. Norouzian has over 25 years of executive level sales and general management experience in communications and storage semiconductors. He joined ClariPhy from Link-a-Media Devices where as a co-founder he helped introduce iterative coding technology to the hard disk drive (HDD) and solid state drive markets. His prior roles include vice president of worldwide sales at Vixel Corporation where he was instrumental in re-engineering Vixel to be a successful merchant storage system on chip (SoC) supplier to market leaders such as HP, IBM, NetApp and Fujitsu prior to its acquisition by Emulex; vice president and general manager for multi-service ASSPs at Transwitch; and, general manager at Exis where he led the effort to establish an alliance between NEC and DataPath as a market leader for HDD read channels and SoCs. Norouzian also worked 10 years at GEC Plessey, where he held a variety of management roles in marketing, sales, and business unit management in storage and wireless communications. 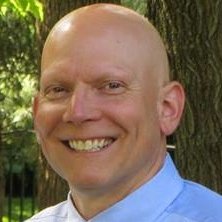 Active in ECE alumni relations, our distinguished committee member, Mark Morscher, is a 1989 alumnus of Ohio State’s electrical engineering BS program. He also earned his MS in computer engineering from Syracuse University. Morscher currently owns C2R Consulting, LLC, specializing in activities and projects that require an analytical and collaborative approach to solving the most difficult challenges an organization faces. He spent over 15 years improving efficiency, reliability and performance of products, systems and processes through end-to-end data flow analysis and reporting. He has proven success at analyzing, developing and implementing large-scale, high performance Business Intelligence and data technology solutions that meet organizational goals. Examples of Morscher’s achievements:

- Spearheaded the program to consolidate ITSM processes and data management into an integrated tool based on Service-now.com, which was completed within two years affecting 1,500 employees and 10,000 assets.

- Leveraging numerous data sources we analyzed, collected and summarized, established Key Performance Indicator (KPI) and System Quality metrics for one of the world's largest Web Hosting organizations. The internal and external scorecard reporting and analysis resulted in availability improvements from 99.90% to 99.95% and $2M savings in application decommissioning.

Honored as the first graduate student to speak at the Ohio State spring commencement candlelight ceremony back in 2010. Reed earned her BS degree (2006) and MS degree (2010) in electrical and computer engineering from Ohio State. Our distinguished alumna  has expertise in technical communications and data analysis. Starting her professional career as a data analyst with Capital One, she advanced to the level of senior business analyst. Reed later became director of product development for inMobly before landing her recent position as proposal developer for the Great Lakes Energy Institute in Cleveland. Reed is also an active member of the Ohio State Alumni Association Board of Directors.

Our esteemed alumnus, Robert Dybdal, received his BS, MS and Ph.D degrees in electrical engineering through Ohio State. Since 1968, he has been affiliated with The Aerospace Corporation, supporting a broad base of military and commercial satellite programs. According to Aerospace Co., he earned 25 patents for his work there - more patents than any previous employee in the history of the company. Dybdal is the author of Communication Satellite Antennas: System Architecture, Technology and Evaluation; has been involved in numerous IEEE technical activities; is a past president of the Antenna Measurement Techniques Association; and holds patents in instrumentation, adaptive systems, antenna tracking, satellite transponder designs, interferometry, microwave components and array antennas. His goals for engineering remain focused on “design and simplicity.”

A lifelong Buckeye alumnus, Mark Frankford received his BS, MS and PhD electrical engineering degrees from Ohio State between 2000 to 2011. He began his professional career as a student research assistant at the Electroscience Lab. Frankford later joined Northrop Grumman Corp. as an electrical engineer in radar systems, where he has contributed his skills for almost a decade.

Now retired, ECE alumnus Jim Sipes spent his career as a network engineer with Qwest and lead engineer at CenturyLink in Littleton, CO. Before that, he was director of Bell Labs Lucent Technologies for six years. His skills fall in technology management, IP, wireless, network design, telecommunications, vendor management, and ethernet. Sipes earned his BS and MS degrees in electrical engineering from Ohio State.

An active ECE alumnus, Robert Borel is the CEO of BeamAlloy Technologies, LLC, in Plain City, Ohio - a private firm specializing in highly-engineered surface coatings for precision tooling and medical implant devices. Borel retired from Worthington Industries in 2000 where he was vice-president of engineering and held numerous other management positions before that. In 2013, Borel was given the Distinguished Alumnus Award from the Ohio State College of Engineering. He earned his BS and MS degrees in Electrical Engineering cum laude from The Ohio State University (1965), as well as an MBA from the University of Rochester (1974). Read a previous ECE article in which Borel speaks about alumni engagement HERE.

Alumnus Tamer S. Ibrahim, Ph.D., of Sewickley, Pa., received the Texnikoi Outstanding Alumni Award from The Ohio State University College of Engineering in 2013, which recognizes achievements since graduation by alumni age 40 or younger who have risen rapidly in the field of engineering and have made outstanding contributions through civic and social activities. Ibrahim is associate professor in the Departments of Radiology and Bioengineering (Swanson School of Engineering), University of Pittsburgh. He is the director of both the 7 Tesla Research Program and the Radio Frequency Research Facility at the University of Pittsburgh. Previously, he was assistant professor in the School of Electrical and Computer Engineering, University of Oklahoma. Ibrahim received a BS (1996), MS (1998) and Ph.D. (2003) in electrical engineering from The Ohio State University. His work has challenged old and established theories in magnetic resonance imaging (MRI) and led to new radio frequency techniques such as RF shimming and subject-insensitive RF transmit arrays.